With these two furry friends by your side you will never feel alone in bed. Or hungry. Cause they have collected enough acorns for you to get through a long winter sleep. Isnt that sweet? So go ahead and rest your head between them. Sleep well. 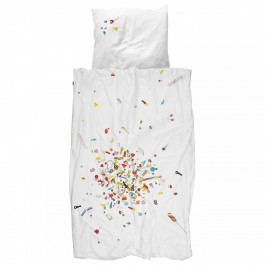