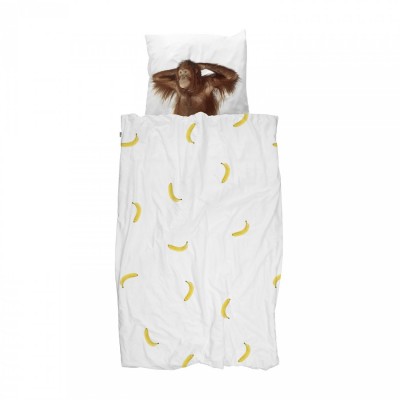 Does your child’s bedroom often look like a jungle? Stop fighting the wild mess and join the urban jungle trend. With our banana covered duvet and cute orang-utan pillow to keep your little monkey company. It won’t be quiet in the bedroom any time soon, but hey, monkeys will be monkeys.